West Ham could appoint assistant first team coach Enzo Maresca as an interim caretaker at the club should the axe fall on Manuel Pellegrini. 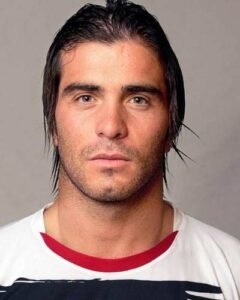 First team coach Maresca is highly regarded by the Hammers squad and was responsible for taking training in the days before the win over Chelsea.

And ClaretandHugh understands that the 39 year old is being closely looked at as a live candidate for an interim role – and possibly long term  position – should the manager find he is on his way in the near future.

The players – believed to have been led by captain Mark Noble – are understood to have fed reports back to the ‘faces’ that matter that training is entirely “different class” when the former Sevilla, Olympiacos, Malaga and Sampdoria midfielder takes the sessions.

Maresca started his career at West Brom before moving on the Juventus and later Fiorentina and is now being closely watched as Pellegrini’s situation becomes increasingly difficult.

← Ogbonna: “We have to face the reality”
Hammers in a mess amid reports of player rifts →
Click Here for Comments >