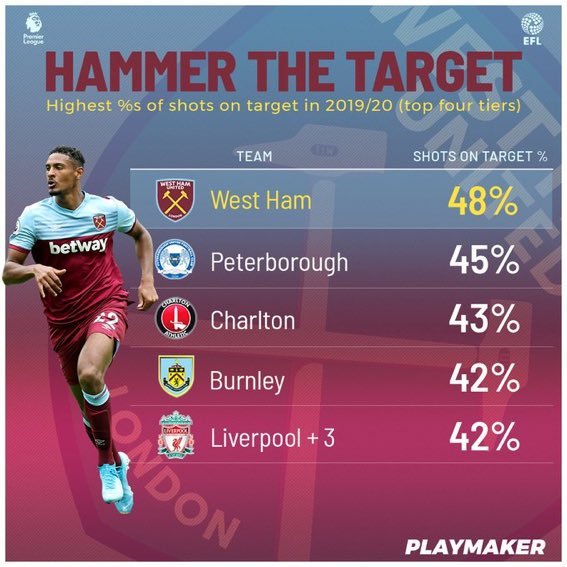 West Ham have the highest percentage of shots on target in the top four tiers of English football.

The Hammers led the way with 48% of their shots on target with Peterborough second on 45% and Charlon third on 43%.

In fourth place is Burnley with 42% while Liverpool is fifth at 42%.

In other Premier League statistics of the season to date, West Ham has had 301 shots this season of which 145 have been on target resulting in 35 league goals at a rate of 1.21 goals per game.

Hammers players have made 11,608 passes around 400 passes per match with a pass accuracy of 76%

There have been 558 crosses with an accuracy of 24%

West Ham have kept 6 clean sheets but conceded 50 goals at a rate of 1.72 goals per match

In the discipline stakes, West Ham have earned 53 yellow cards, 2 red cards and have made 171 fouls while being offside a total of 59 times