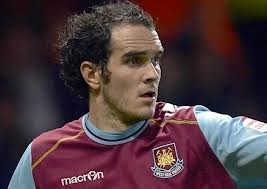 West Ham will be looking at doing more outward business in January than inward with several players becoming available to interested clubs.

And whilst we will be looking at getting decent fees, the bigger priority will be to free up the wage bill in order to strengthen again next summer.

Among those the club are ready to allow out are Ricardo Vaz Te, Joey O’Brien and Carlton Cole who may have become a more attractive proposition to potential buyers following regular appearances in an ultra strong Hammers side.

Looking further ahead to the summer Ravel Morrison looks likely to move on and of course the ongoing Winston Reid saga is now being viewed in the light of him running down his contract.

A source told Claretandhugh: “Yes, there are players we would let go on the right terms as it becomes more and more apparent how the first team squad is shaping up.

“It would be good to see some outward movement as we believe we are now building on a very firm base following last summer’s transfer activity.”