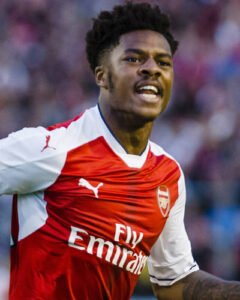 According to The Athletic, West Ham had already made contact over a potential deal for striker Chuba Akpom, who started his career at Arsenal.

And it adds that we were supposedly keen to bring the 24 year old to the club last summer but that the deal failed to materialise for unreported reasons.

But although the Hammers are keen to bring in a new front man it won’t be Akpom who was born locally in Canning Town.

The club realise that back up is needed and Albian Ajeti has made nothing like the expected progress and could be one of those for which the club will entertain bids.

But a source by e mail revealed that Akpom is not among those who are being considered declaring: “No, we haven’t pursued that one.”

Akpom was with the Gunners for five years in which time he was loaned out to six clubs!

← West Ham Podcast: First win in 17 years
Ogbonna: “We believe in what we are doing” →
Click Here for Comments >