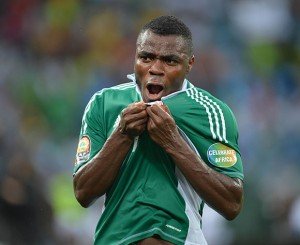 West Ham still have Emmanuel Emenike as their No 1 loan striker prospect but are still waiting to get answers from Fenerbache.

We reported over the weekend there were problems in reaching the Fenerbache negotiating team and we understand that there have still been no meaningful discussions on a possible switch.

The Hammers want to do a loan until the end of the season with an option to buy, although with a 20 goals a season striker on their minds at around £20 million that only has a 50/50 chance of happening.

Meanwhile the club continues to be linked with a move for Galatasaray’s Burak Yilmaz although that has never been confirmed by club insiders.

And Slaven Bilic publicly declared recently: “At the moment it is only rumours. He is a very important player for Galatasary and we are well covered in those positions.

“We are still expecting all our strikers to come back from injury in a couple of weeks time. Players like Yilmaz are always linked with clubs, not just West Ham.”

Yilmaz is 31 in July and could not be seen as a permanent signing on that basis alone – at best he may be a last ditch option were the Emenike loan hopes to crash.

Bilic now has to decide whether he is ready to take on another striker or stick with what he’s got as Diafra Sakho and Andy Carroll approach fitness.