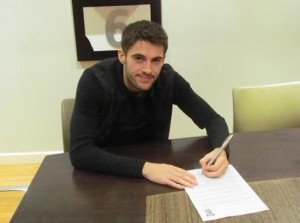 Stephen Hendrie has signed a pre-contract with West Ham United and will join the Hammers on the 1st July.

Speaking to WHUFC.com today Hendrie said “I’m absolutely buzzing, The last few days have been busy, but now that I’m down here and I’ve signed, I cannot wait to start in the summer. I’m thrilled to bits. I can’t believe that it’s happened. West Ham is such a massive club with a massive fan base and I just cannot wait to get started. I’m looking forward to it. I think the Premier League’s the best league in the world and you want to play at the highest level you possibly can. Since I was a kid I always wanted to play in the Premier League and I’ve got a fantastic chance to do that now. I know that the atmosphere is electric at the Boleyn Ground. The fans are brilliant and we’ve moving to a bigger stadium and it’ll be even better, so I’m looking forward to that too.” 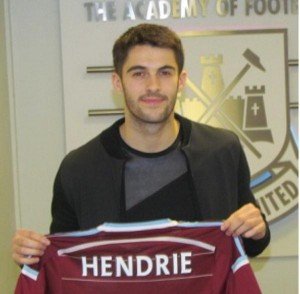 He continued “I’m a full-back and I like to get forward,  Obviously the defensive duties come first, but I like to bomb  up and down the wings and get crosses in. When the summer  comes around I’ll be working as hard as I can and see what  happens. Every pre-season is crucial but having signed for  West Ham it’s going to be even more so. It’s unbelievable. I  just need to get as fit as I can and hopefully play some games.  It’s a good challenge, a new challenge and I’m just buzzing to  get started.”