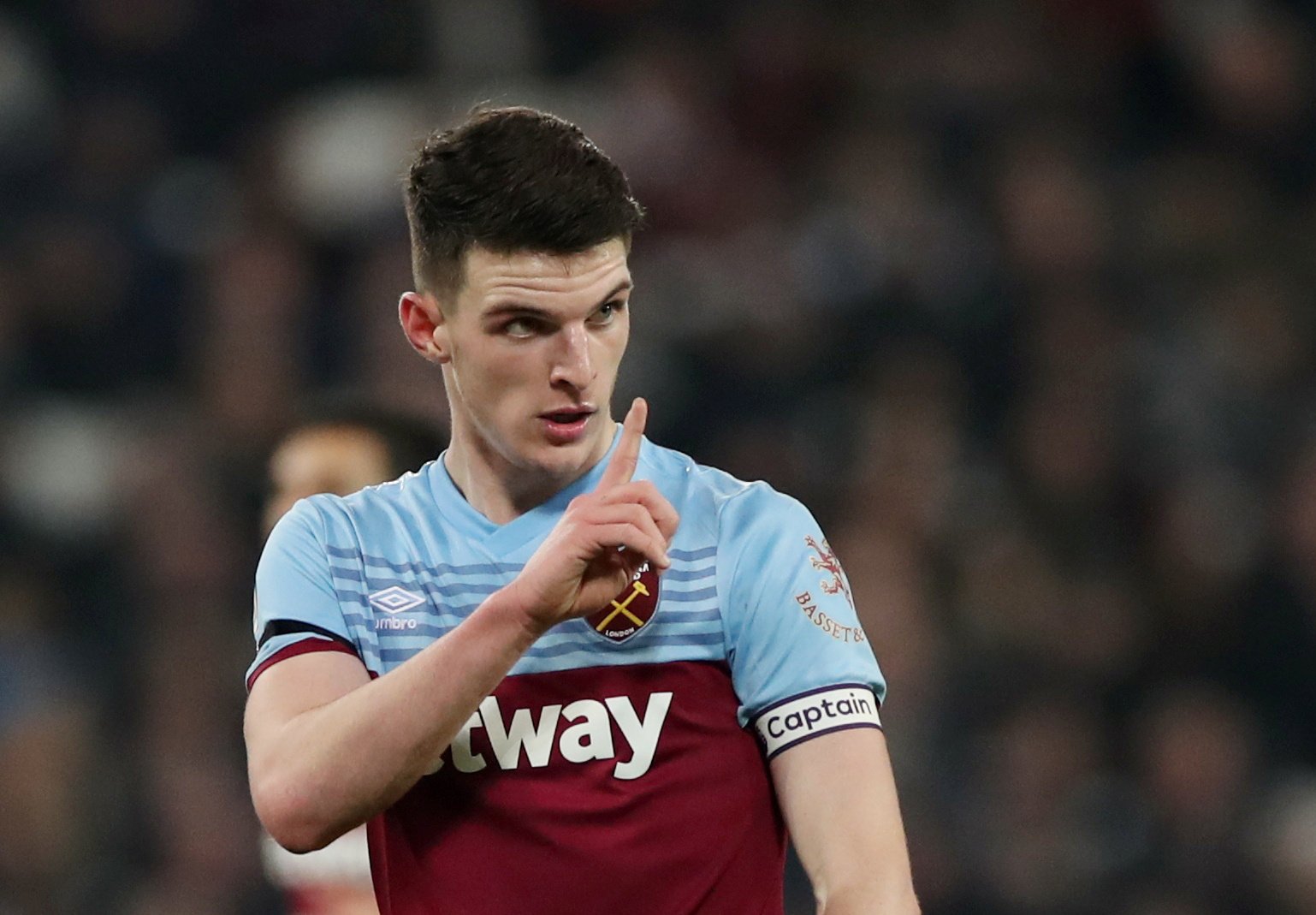 West Ham have this morning confirmed that they are doing all they can to blow any bids for Declan Rice completely out of the water.

They have offered the captain a £200,000 deal with a clause to ensure that a rising scale is involved to match inflation.

And the deal will be for eight years as the board continues to do everything humanly possible to keep him at the London Stadium.

The news was given by Jim White on Talksport earlier and as is always the case we checked with our own sources at the club.

And we were immediately told that was indeed the case and that the club was doing all it could to effectively keep the player at the London Stadium for the remainder of his career.

The answer we were given was a simple “Yes” when we asked if the details as given by White were in fact correct.

They include the suggestion that the deal could go to 10 years which would make him the new Mr West Ham following the retirement  of his huge mentor and friend Mark Noble.

“There is a belief that the eight-year deal could become a ten-year deal, if Declan and his people wanted such a deal worth £200,000 per week.

“So would they sell? There’s a belief within the Declan Rice camp that he could get between £300-400,000 per week elsewhere, whether that’s true or not remains to be seen.”