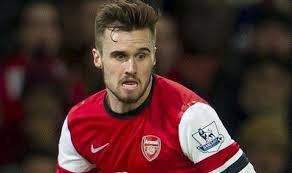 West Ham United have confirmed an interest in Arsenal right back Carl Jenkinson.

National newspaper reports emerged this morning linking Sam Allardyce with  the player who is very much on the fringes at the Emirates.

The reports added that Guy Demel was a target for newly promoted Leicester City and that Jenkinson was very much a target.

ClaretandHugh has learned since that the Hammers do have an interest in the player but haven’t yet established whether the Gunners are prepared to let the defender leave the club.

We were told: “If Arsenal are ready to let him leave on a loan or permanently we would be interested. He’s one of several we are looking at.”

Jenkinson is rated at around £5 million.

← Hammers at Heathrow
Don’t design anything by committee! →
Click Here for Comments >