Irons show he’s no Special One – just another one! 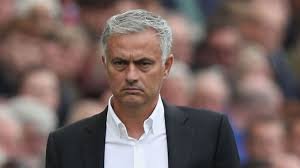 Let’s get a few things off the chest while the going is good!

First Mourinho and his nonsense about the Hammers tumbling down the league whilst they climb above us.

They are nine points behind and that will require – at the very least – us losing three games while they win three and gain a draw whilst we lose again.

Don’t you wish he would just keep it zipped although it is fun being able to take the mickey. Not so much The Special One anymore – just another one.

Then there’s the Hammers protestors!

As I’ve said many times I really don’t care whether people love or hate the board of directors, the managers they appoint or individual players they may buy.

It’s their call and they are entirely free to act as they please but in the seventh year this site has been part of things it is a pleasure to see most fans coming together and enjoying being supporters.

There’s been far too much hatred and malice aimed at too many people over that seven years and our objection is solely centred on THAT – nothing else.

Finally, probably the least fashionable manager we have employed has produced a team which can achieve things.

We may not win the title of course but it’s fabulous that peace is reigning over this great old club at long long last.

One comment on “Irons show he’s no Special One – just another one!”