Posted by Sean Whetstone on July 7, 2018 in News, Whispers 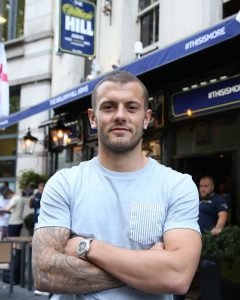 Jack Wilshere is expected to be unveiled as a Hammer in the next 48 hours.

The 26-year-old underwent a comprehensive medical examination and scans on Friday with no known problems. He later secretly visited the London Stadium to get the media publicity shots and video recorded of him holding a West Ham shirt.

The contract is agreed and is in place ready for his signature. The former Arsenal midfielder deal is reported to be worth £100,000 per week on a three-year deal. The timing of the official announcement has yet to be agreed but Monday morning is a favourite time for the club.

He is expected to fly out to Switzerland to join the rest of the first team squad on the completion of the deal.

Earlier this week he explained how he and his brother supported the Hammers had West Ham shirts as kids as he came from a West Ham supporting family. He explained his shirt had John Moncur on the back.