Keegan on West Ham partnership that never was

Posted by Sean Whetstone on October 15, 2018 in News, Whispers 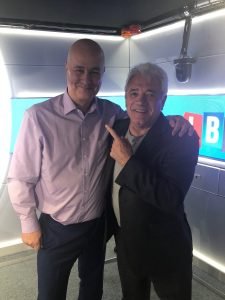 Iain Dale -WestHamIDie.com –   has interviewed Kevin Keegan for his Iain Dale’s book podcast and there are more West Ham connections than many would have believed.

Kevin tells Iain of his great connection with Trevor Brooking at England saying: “If I had been bought by West Ham we would have been blowing bubbles like you can’t believe as he was on the same wave length as me.

We called him Hadley, the older listeners will remember the programme, he wasn’t like your normal footballer, he would never swear for example, his worst was ‘Oh Scam’ or something like that in that accent of his.

He seemed to know what I was going to do, when I made a run, he just put the ball there, I knew he was going to go there”

He also talks about playing with Bobby Moore and Martin Peters from his England days and says Mooro gave him the greatest business advice on what to do with the money he earned from football.