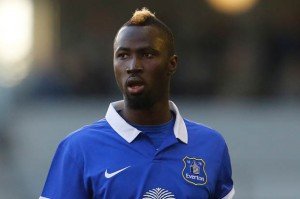 According to the DailyMail West Ham are contemplating a move again  for Monaco striker Lacina Traore as fears grow over Andy Carroll’s fitness and ankle.  Andy Carroll is thought to be flying back to the UK to face an intensive fitness special programmer in attempt to get him fit for the first game of the season against Spurs.

The 6ft 8in giant striker nearly joined the Hammers in January, but  Traore opted to join Everton on loan instead after he passed a work permit appeal hearing arranged by West Ham and led by Sam Allardyce  and club secretary Andy Pincher.

He scored on his debut for Everton against Swansea in the FA Cup in February but sustained a hamstring injury six days later in a warm-up ahead a game with Chelsea and missed the rest of the season.  West Ham could look at a potential loan deal again.

One comment on “Lacina Traore linked with the Hammers again”