Martinez “on fire” for the Hammers 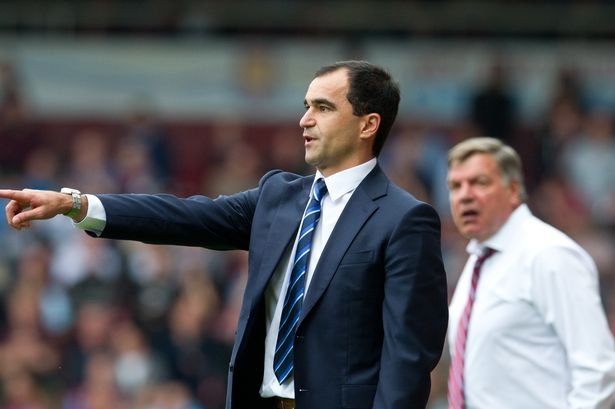 Roberto Martinez is “on fire” about West Ham ahead of tomorrow’s game declaring:“I believe West Ham are the in-form team in the Premier League.”

And he added: “Southampton have done really, really well but their change from last season hasn’t been as great as West Ham.

He told the Everton official website: “West Ham play with incredible confidence, great attacking play and their new players, who are new to the league, have adjusted so quickly.

Discussing Sakho and Valencia, he added: “When you bring new players into a new league, it normally takes a long time for them to settle and to see them at their best. So, it is incredible to see the new signings adapt so well and so quickly – that is credit to West Ham, their staff and the players themselves.“What they’ve done as a football club is a remarkable turnaround from where they were last season in the way they play. They are more of a threat from open play but they haven’t lost any of the good things they had.“I think Valencia and Sakho have been the main reasons to the side’s success. They are so infectious because they are willing to close down, they play with bravery and they play with confidence. Then, in front of goal they are clinical. “I don’t think there’s anything better than a striker arriving at a new club and scoring goals.”