David Moyes has gambled on Academy right-back Jeremy Ngakia in place of Pablo Zabaleta who is rested on the bench at the London Stadium against league leaders Liverpool.

Ngakia joined the West Ham Academy at the age of 14, made his U18s  debut at 15 and makes his first-team debut tonight at the tender age of 19.

Michail Antonio is missing tonight after feeling a tight hamstring but should be back for Brighton.

The manager continues to show faith in Manuel Lanzini and leaves Pablo Fornals on the bench which has puzzled many.

Tomas Soucez was not signed in time to be registered so Carlos Sanchez surely makes his last appearance on the bench tonight.

Fabianski makes his welcome return tonight although there will be some anxious faces of supporters everything he kicks the ball long. 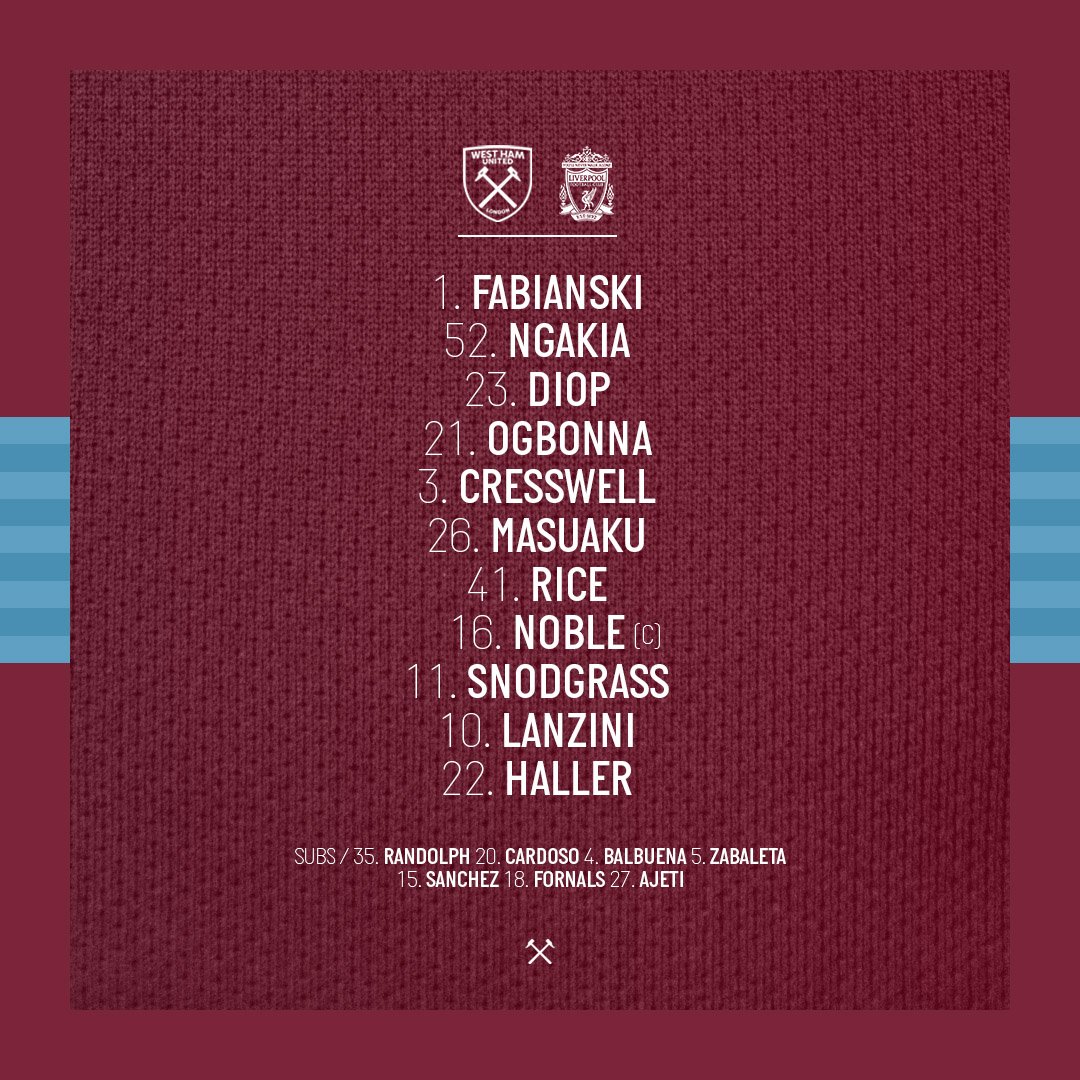 5 comments on “Moyes gambles on Ngakia”