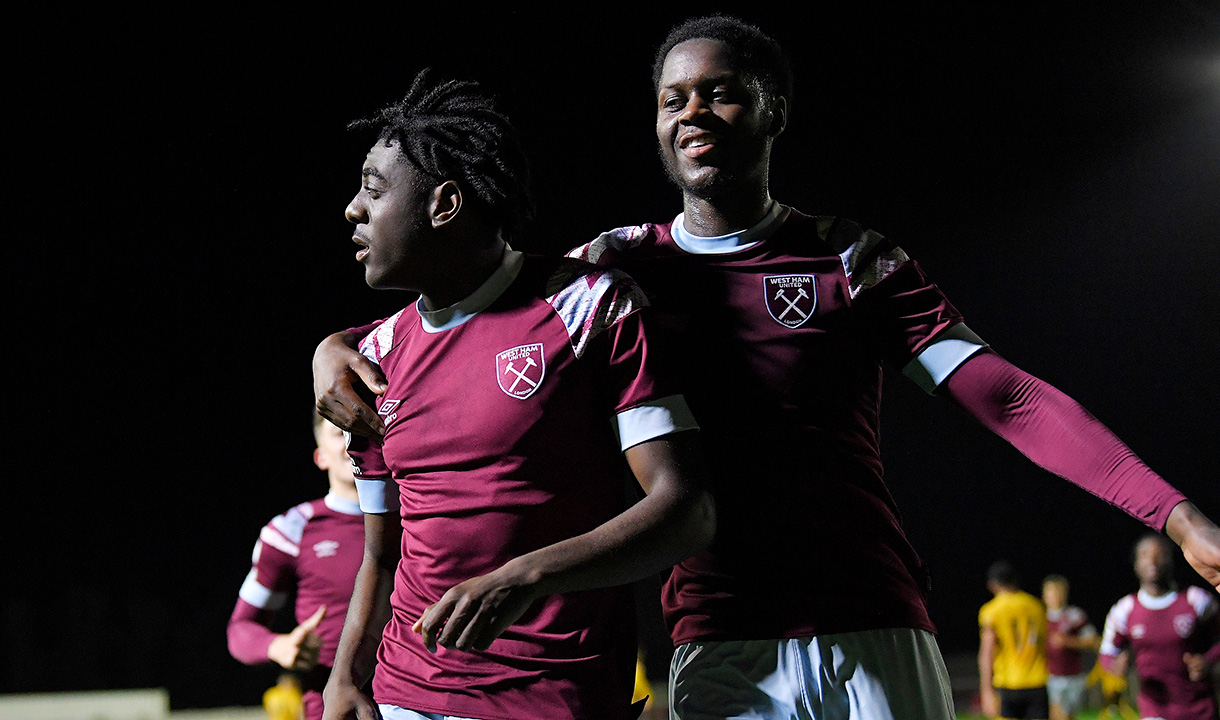 Divin Mubama followed up a fine performance for the Irons first team against FCSB in the Conference clash with a double goal scoring performance against Wolves under 21.

The Hammers recorded a 3-1 win to snatch their first League win of the season with Mubama’s second half goals  coming after Kamarai Swyer had given West Ham the first-half lead.

Sadly, they were denied a clean sheet following Harrison Ashby’s unfortunate own-goal to level the score at the interval.

“This was a big win for us,” Mubama told whufc.com. “We’ve been on a difficult run, but the boys have been putting on some good performances and it was about time we got a result that we deserved.

“I think everyone did really well. Everyone out on the pitch put in a shift and, for me personally, it was good to come back and get those two goals for the team.”

Mubama looked hungry from the first whistle for his first league goals of the season and finally grabbed them, netting from the penalty spot on 81 minutes after a handball in the Wolves area, before coolly netting on the rebound three minutes later for his second.

He added: “I wouldn’t say I was nervous stepping up for the penalty. I feel like I was just taking my time before it, and I’ve scored a few penalties in my time. It was a big moment in the game but I was confident in myself. I had self-belief and I thought I could put it in the net.

“The second goal, Keenan hasn’t taken the chance, but it’s fallen kindly to me. I think the boys were all great tonight. Two goals for me is a bonus and hopefully now there’s more to come.”

The goals came as consolation for his deflected strike which gave the Hammers a lead in the Conference clash in Bucharest.

He looked a real prospect, constantly getting in behind defenders and threatening the defence with some perceptive runs.

With just a couple of games to be played before the World Cup tomorrow night against Blackburn in the Carabao Cup clash at the London Stadium and the Premier League match against Leicester City he will be hoping for minutes.