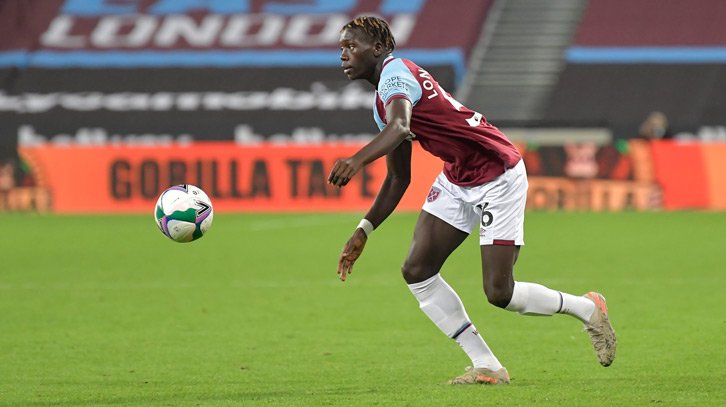 His brother Rosaire Longelo played Newcastle Under 23’s as a left-winger and a person he describes as having the biggest influence on my career to date. Rosaire who is a year older also started out at the West Ham Academy before moving north.

Emmanuel started life as a midfielder but when  a striker got injured and he was started up front and the manager at the time saw that he had pace so he kept me up there.

As he got older he was moved out wide a lot more and became a more of a general forward player, scoring goals, creating chances, and taking people on.  Lately, he has been deployed as a left-back for the U23s.

He gained his full promotion to Under 23’s last season featuring in 14 appearances and has made two appearances for the Development squad this season.

He made his senior debut for West Ham on Tuesday when he came on for Harrison Ashby in the 69th minute in West Ham’s 5-1 win over Hull City in the Carabao Cup.

One comment on “New kid on the block feature: Emmanuel Longelo”