New Lingard bid but United mind seems made up

Posted by Dave Langton on January 31, 2022 in News, Whispers

Newcastle have made a new bid for Jesse Lingard.

Craig Hope of The Daily Mail reports that the Magpies have tabled a fresh offer to sign the attacking midfielder on a loan deal before the transfer deadline. 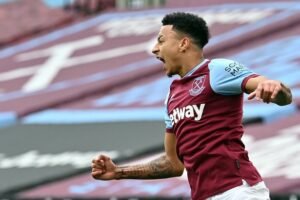 We have reported previously that West Ham do not believe a deal for the England international is all that doable in this transfer window because United deem the Irons a rival and have next to no interest in strengthening David Moyes’ side.

Instead, it appears that he could move to Newcastle, with a bid tabled worth £3m as a loan fee, and a further £4m if the club avoid relegation to the Championship.

Our northern man Terry Robbins has written that United allegedly want £13 million in teh avoidance of relegation clayse.

Lingard was receptive to the idea of moving to West Ham and could well also be open to a move to Newcastle if an agreement can be struck in the coming hours.

Time is certainly running out for both the Hammers and the Magpies, though.

← CandH Exclusive: Lingard’s Hammers dream crushed
Moyes plan was to build squad around Declan…that looks a bad joke after a window which could lead to disaster →
Click Here for Comments >