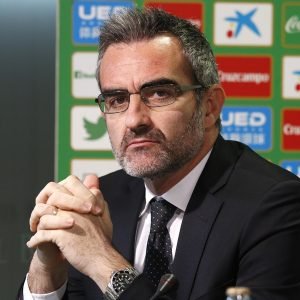 Leicester’s head of senior player recruitment Eduardo Macia is on a short list to become West Ham’s new director of football according to a report.

The highly-regarded Spaniard has previously worked at Valencia and Liverpool and was credited with helping sign the likes of Fernando Torres, Raheem Sterling and Javier Mascherano. Macia, who was previously linked with Manchester United and Everton in the summer of 2016.

He has had stints at Olympiacos F.C, ACF Fiorentina and Real Betis before joining Leicester City.

West Ham have employed a top headhunter firm to seek out the best candidates for the role.

The incoming director of football will need to work closely with whoever is manager  as the restructuring of the recruitment department looks to get the manager and head of the recruitment working hand in glove with each other without the interference from David Sullivan or the board.