Official: Alvaro Arbeloa is a Hammer 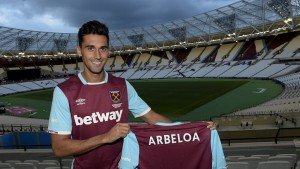 Alvaro Arbeloa joins West Ham on a one-year contract and will wear the No5 shirt WHUFC.com have revealed tonight.

WHUFC.com released a statement saying: “West Ham United are delighted to announce the signing of FIFA World Cup and two-time UEFA European Championship winner Alvaro Arbeloa. The highly-decorated Spanish full-back, who has also won the UEFA Champions League, joins the Hammers on a one-year contract and will add huge experience and ability to Slaven Bilic’s squad. The former Liverpool defender, who underwent a medical at Spire Roding Hospital on Wednesday, told West Ham TV he is looking forward to returning to the Premier League and pulling on the Claret and Blue shirt for the first time.” 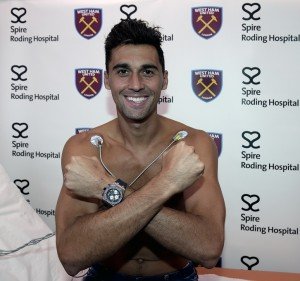 “For me, this is a great chance to be back in England and in the Premier League, which is a fantastic league and I want to put myself here again. This is a big Club and a great Club with fantastic players and a great coach. Slaven wants to see me training as soon as possible. I was talking with [Croatia internationals] Luka Modric and Matteo Kovacic and they told me good things about the coach, so I want to work with him and hopefully I can learn a lot of things.”

9 comments on “Official: Alvaro Arbeloa is a Hammer”