Posted by Sean Whetstone on January 6, 2017 in News, Whispers 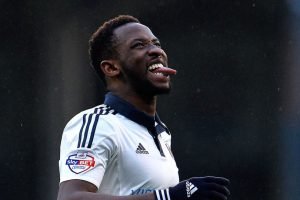 “West Ham United are not bidding for Celtic’s Moussa Dembele and he is not a target for the club. No £20m bid this January.” says the reliable Jason Burt in the Telegraph.

Sky sports are reporting the same saying “West Ham have not made a £20m bid for Celtic striker Moussa Dembele, according to Sky sources.A senior source at the club says reports of an offer for the striker are wrong and inaccurate.”

West Ham Joint Chairman David Sullivan denied interest in Celtic’s Moussa Dembele, telling the Telegraph: “We have not bid for this player and he’s not a target of ours.”

Speculation was rift yesterday when the club’s insider wrote on the official website “To that end, a bid of £20m – a figure close to the Club’s all-time transfer record – was submitted for a player from Scotland.”

That was widely believed to French striker Dembele who plays for Scottish champions Celtic but that not seems in doubt.

← Bilic: “We want to keep transfers quiet as possible”
Hammers end interest in Defoe after rejection →
Click Here for Comments >

4 comments on “No Dembele bid by Hammers says Sullivan”