Mark Noble insists he has no plans to make a U-turn on his decision to retire at the end of the season if West Ham win the Europa League.

The Hammers are preparing for Thursday’s semi-final first leg against Eintracht Frankfurt and stand just three games from glory in the competition. 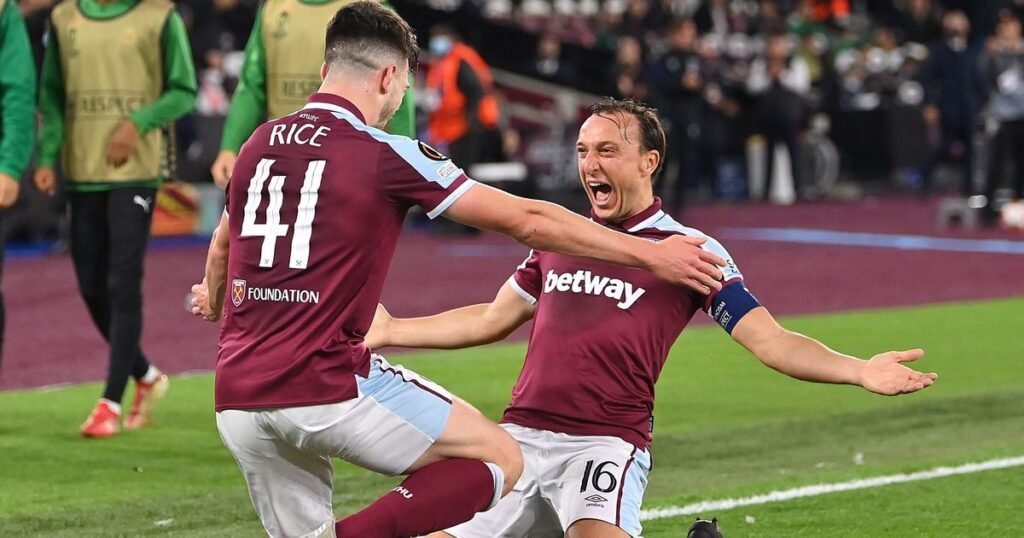 Noble has never played in the Champions League and he was asked ahead of the tie if he would potentially reconsider hanging up his boots if he was able to lift the trophy at the end of the campaign.

He maintains that he won’t, but he says he will bring the trophy with him to every Champions League game next season!

Speaking ahead of the game, the skipper said, as per The Daily Mail: “I’ve been asked so many times by different people. The reason we’ll get to the Champions League is winning the Europa League.

“Winning the Europa League and lifting the trophy, would I come back after? No. To end on that would be pretty special.

“I’ll happily come and watch the Champions League games with the Europa League trophy on the next chair.”

Noble has actually made nine appearances in the Europa League this season, scoring in the group stage win over Rapid Vienna, and he could well be involved against the Bundesliga side.

In total this season, Noble has played 19 times in all competitions, and he has also scored in the Premier League, netting against Watford.

← It’s ‘Mission Impossible’ getting into Frankfurt home end!
Nobes has never looked forward to a game this much →
Click Here for Comments >