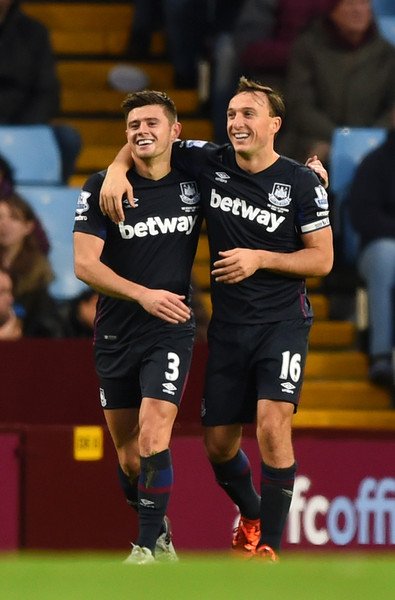 The three Hammers  reported to be in line for for new contracts offers are all on long term deals with no further plans for extensions in the pipeline this stage.

Whilst Aaron Cresswell’s new contract has been confirmed, neither Mark Noble, Michail Antonio and Lukasz Fabianski are about the get the same.

The Sun newspaper reported yesterday that over the next few months, West Ham will also look at other players who will be approaching the last 18 months of their contractswhich can be seen as par for the course.

However, the club made it clear to Claret and Hugh last night that the position of the trio was not a matter of urgency as each of them had plenty of time to run on their current deals and all had options attached to them.

We understand that in each case, the length of the option is two years and the club are quite content with that position.

Cresswell’s contract extension means both he and Arthur Masuaku are seen as the club’s long-term left sided full backs and demonstrates again the manager’s single mindedness in the face of widespread criticism of the pair in the past.

There is little doubt, that at some stage the three will be made offers which would probably see them ending ending their careers at the London Stadium.