Posted by Sean Whetstone on November 19, 2021 in News, Whispers 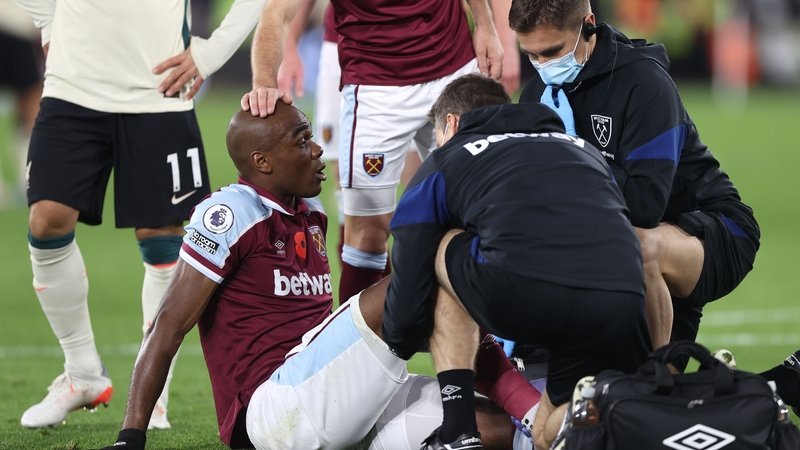 David Moyes has confirmed that Angelo Ogbonna will undergo surgery over the next couple of days adding it’s really sad because he’s a great team player and his performances have been brilliant.

The 31-year-old is expected to miss the remainder of the season in rehab.

A scan revealed damage to his right knee and he will now go under the knife before beginning his recovery process.
Ogbonna was instrumental in the opening goal against Liverpool, getting ahead of Alisson and making it difficult for the Liverpool keeper to catch the ball before scoring an own goal.

The ex-Juventus star came off the pitch after just 22 minutes at the London Stadium, after lining up in a back four alongside Kurt Zouma. He sustained a knee injury which was first though hoped to be a twisted knee but a scan revealed the worst possible news.

The average time out for a footballer with ACL to match fitness is 7 months meaning his season could be done depending on the grade of tear.