Owners come in for heavy crictsim on Sky 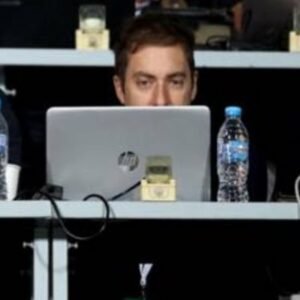 Daily Telegraph sports writer Matt Law further put the boot in saying “Have you been to the training ground, Its a series of portacabins, there league one clubs with better training ground than that, they haven’t invested in any infrastructure, they rent their stadium, they are tenants in their stadium and they probably have the worst training ground in the Premier League. I think at the moment, they have one scout, David Moyes came back and wanted to bring Stuart Pearce with him, that was vetoed because he dared to criticise the board on a radio station. It’s got one backroom staff Alan Irvine because Alan Stubbs turned him down, he’s got no backroom staff. It’s just a shambles, an absolute shambles”

“It’s just a shambles, an absolute shambles. If they were to go down, that club could just fall apart.”@Matt_Law_DT gives a scathing assessment on the current situation at West Ham.

25 comments on “Owners come in for heavy crictsim on Sky”