Oxford is officially a Royal 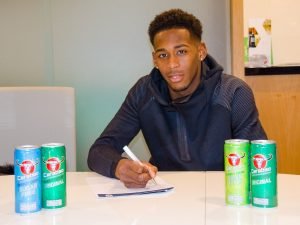 Reading Football Club have announced the loan signing of West Ham defender Reece Oxford, who has completed a deadline day move to the Madejski which will see him represent Jaap Stam’s Royals until the end of the 2016-17 campaign.

The Royals swooped to tie him to a loan deal which will see him bolster the Royals squad and offer Stam more defensive options with 17 Championship battles left to fight after tonight’s trip to St Andrew’s.

Royals boss Jaap Stam said, “Reece is a very talented defender with a lot of potential. He is a modern defender and our style of play should suit him.

“Hopefully we can give him the stage to play, the time to grow in confidence and help him develop as a player during his time with us. So it’s a good move for both clubs and we’re very happy to have him in the squad for the rest of the season.”

Chief Executive Nigel Howe added, “Reece was a player who was wanted on loan by a number of clubs and we are absolutely delighted to have secured his services for the remainder of the season. He is young, but hungry for success and I am sure he will prove an excellent addition to our squad and learn a lot during his spell under Jaap Stam at Reading.”