Poll: Which Hammer will be joining England squad?

Posted by Sean Whetstone on March 9, 2016 in News, Whispers

Roy Hodgson will name his squad for this month’s England friendlies on March 17th.

The Three Lions face a trip to Germany before welcoming Holland to Wembley later this month as they continue their preparations for this summer’s European Championship in France.

Speaking last week Hodgson said: “It’s only a couple of weeks now until I have to name a squad for those two matches. They will be matches of great quality away to Germany and home to Holland.”

Four Hammers have been linked with a England call up but one Iron has been rumoured to get his call up next week in the friendlies against Germany and Holland. Our poll asks who you think that Hammer might be? 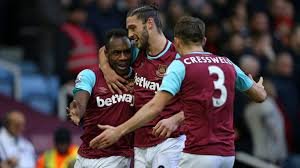 8 comments on “Poll: Which Hammer will be joining England squad?”