Redknapp: “I wanted Mauro at Pompey” 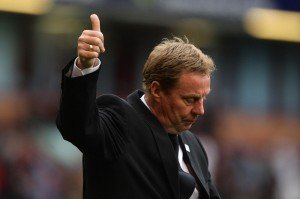 Harry Redknapp this morning welcomed Mauro Zarate to Queens Park Rangers by telling him he’d wanted to sign him when manager at Portsmouth.

‘When I met the manager he told me he wanted to sign me for Portsmouth before, but in that moment I went to Lazio. But now I am here and will play for him.”

Zarate added: ‘I am happy. I need this, I need to play and Queens Park Rangers have given me this chance to show what I can do. nine signings made by West Ham in the summer but hasn’t nailed down a spot

‘I will try to do different things with the ball, some skills to make the difference for the team, for me and for the other players. I am fit and I hope I can be involved on Saturday.’

Redknapp dubbed the West Ham outcast a ‘clever No 10’ adding: “We’re really pleased to bring Mauro in. He’s a good footballer, someone with great ability

‘I first saw him when he was on loan at Birmingham quite a few years back and I actually tried to take him to Portsmouth back then.

‘He’s a more-than capable player, he’s already shown that, and hopefully he can come in here and do well for us.’

← Irons see summer Zarate result
Agent: “Sam may be trying to flush out an offer” →
Click Here for Comments >