Report: Hammers in for £8.4m striker 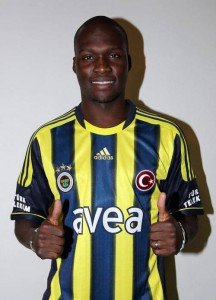 The Irons are being reported as having lodged an£8.4 million bid to sign Fenerbache striker Moussa Sow.

The Hammers have been looking all over for a loan striker and have had a £9 million bid for Javier Hernandez knocked back but according to some outlets they have now moved in on Sow following the nasty Enner Valencia injury.

Reports in Turkey claim an £8.4 million bid has been lodged and with Sunderland having already seen one offer rejected for Sow ,the Irons have now allegedly become favourites for the player.