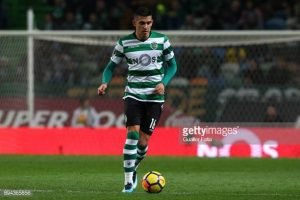 If true it would mean the Hammers are aiming to bring the Argentine ace, 26, to the London Stadium and are ready to overlook the difficult history between the two clubs following the William Carvahlo saga..

And it’s unlikely the Irons would want a re-run of the bitter dealings they held with the Portuguese outfit during the  William Carvahlo saga.

David Moyes is likely to be outflanked anyway with competition for the player also having been registered by Inter Milan, Roma and Napoli according to media outlet  O Jogo.

Battaglia has made 37 appearances in all competitions for Sporting this season – in the Portuguese top flight, the Champions League and Europa League having netted just twice with an overall goals tally of  16 from 199 appearances.