Newcastle have tabled a bid for Darwin Nunez, according to a new report.

The strike has long been a target for the Hammers, who made an effort to sign him in the January transfer window. 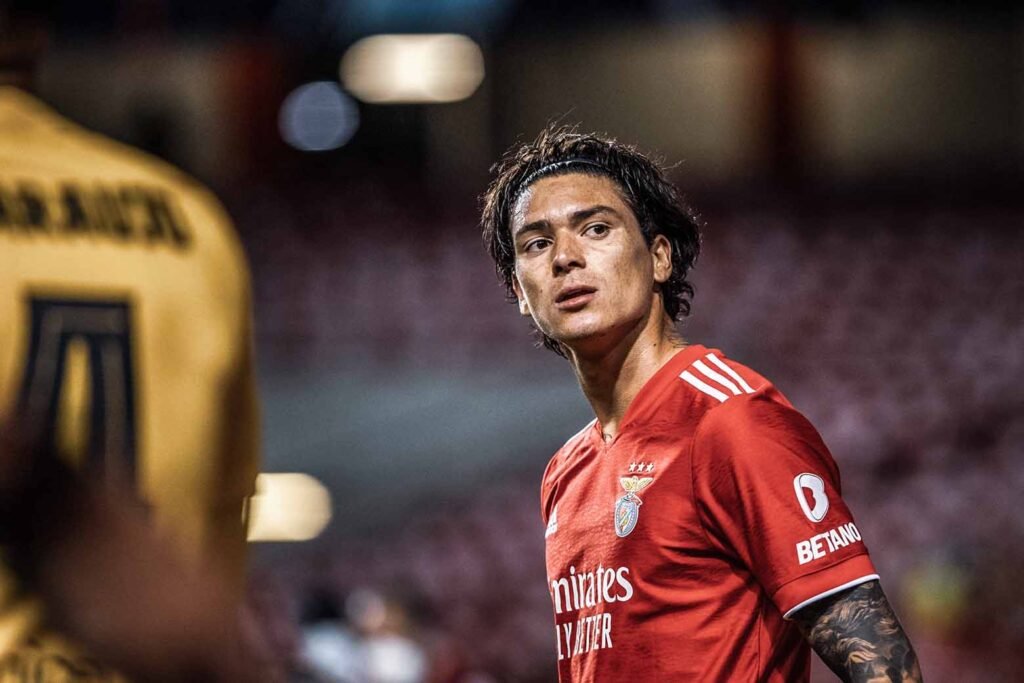 A bid was tabled but rejected by Benfica, and there now appear to be a number of European clubs eyeing a bid for the Uruguay international.

A new report in France from Foot Mercato now claims that Newcastle have made an offer to try to jump the queue for the centre-forward.

They are said to have tabled a bid worth €60m (£49.6m) for Nunez, but there is rival interest from the likes of Manchester United, PSG, and Chelsea.

Irons boss David Moyes is also remarkably keen to get his hands on Nunez, and the prospect of qualification for the Champions League – potentially by winning the Europa League – would give the Irons an ace card.

Benfica, for their part, have already identified Nunez’s successor: Peter Musa, who plays for Boavista.

← Lawro’s prediction
Report: Big Sam back in the PL!? →
Click Here for Comments >