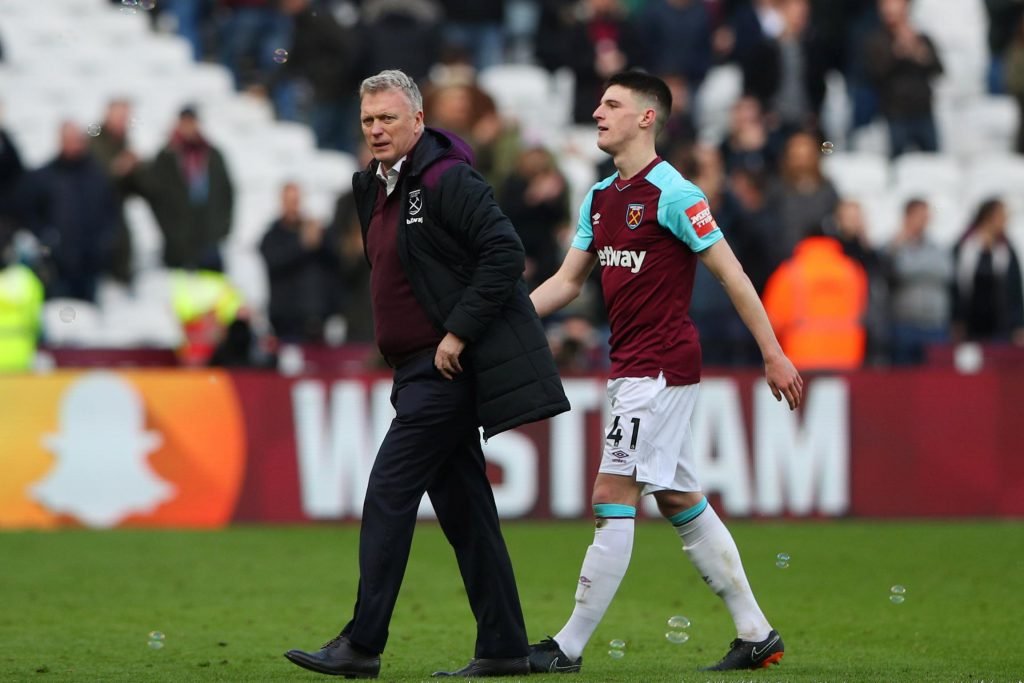 Declan Rice looks all set for a change of position next season should David Moyes remain in charge at West Ham.

Dec retained his trophy as Young Player of The Year at last night’s Hammers awards which was the perfect boost after his weekend error against Arsenal.

But he was once again at the centre of all the right headlines as he retained the award he won last year after making massive strides into the first team this season.

However, with David Moyes intent on signing a minimum of two central defender utility player Rice  is set for a change of role with the manager all set to push him into midfield.

A source told CandH: “Declan is such a versatile player but there has always been the feeling that he will finish up holding down one of the key midfield slots.”

One comment on “Rice set for new role under Moyes”