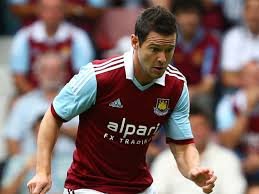 Manager Sam Allardyce’s transfer market wings have been clipped this summer as a  result of some “poor” deals.

ClaretandHugh has learned exclusively that the board’s decision to take almost total control springs from just that.

Maiga in particular is now seen a totally lost cause and a senior source told us: “We’d give him a free transfer if anyone wanted him but he’d be lucky to find a Championship club who’d give him £10k a week

“Frankly that was a total disaster and then along came Matt Jarvis for £10 million and that’s not been the greatest value has it?

Allardyce’s days of calling the tune on transfer targets is clearly gone  with our source explaining: “A club of our size and resources can’t make that number of mistakes.

“We had to take  control and we are very hopeful that this summer we shall seem some real quality arrive at good prices.”