Saturday brings reasons to be cheerful 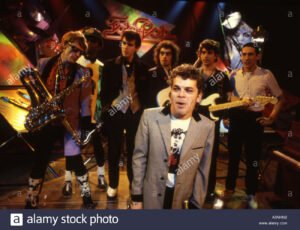 As Ian Dury and the Blockheads sang: Reasons to be Cheerful

It’s turning into one of the better days since we were engulfed in this deeply unpleasant health crisis.

Earlier today we reported news  that China – the country where this all started of course –  is looking for a return to football action either this month or next.

In itself nobody is going to get excited about the Chinese League but given that the players were suspended from all action on February 22 and are now returning to training  with a start to the real action later this month or early next, there must be hopes that we, being about a month to six weeks,  could be looking to June or July should the same pattern unfold.

And these are the reasons why the Premier League chairman are holding on – in most countries the problems are beginning to clear flatten out within the 12 weeks which we believed would be the case at the outset.

And the news in Britain today – despite a sad climb in the number of deaths – is also encouraging because as far as new infections are concerned the figure has dived from 4,500 yesterday to 3,700 today.

The deaths are horrible and our sympathies go to all but new infections probably tell the story of whether this thing is being kept under control or not and at a time when we are heading into what many NHS people believe is our critical two weeks, that appears to be the case.

The figures for new infections in the week held steady between 4,200 to 4,500, so today’s figure is looking particularly significant.

On top of that, Sky and BT is being reported as being ready to do a deal with the Premier League which would involve them in getting more games next season rather than looking for £750 million back for any misses from this one which may not be required anyway if things go well.

And finally the warmer weather is arriving which may – and it’s a very tentative may – annoy the virus into some submission, as a number of health officials believe.

Ok, there will be some blips along the way but for now – in this 24 hours – as a certain Ian Dury and his Blockheads once sung – there are reasons to be cheerful.

9 comments on “Saturday brings reasons to be cheerful”