Sixteen reasons why the Hammers will stay up

It’s open season on West Ham at the moment. We’re a sitting target for every Tom, Dick and Ollie.

Simon Jordan, the former Crystal Palace Chairman, whose club entered administration in 2010 under his stewardship, felt qualified to have a pop at the club this week.

That followed former Hammer Glen Johnson – who played just 15 league games for the club during our 2002-2003 relegation season, (before jumping ship pretty sharpish).

Glen’s opinion was the current squad aren’t good enough to avoid dropping out of the Premier League at the end of the season.

Seeing as we currently sit third from bottom and in the relegation zone, some people might suggest Johnson isn’t taxing his brain too much – simply stating what looks obvious.

But it’s not where we are now, it’s where we finish in May that matters, a thought process Glen chose not to explore. So let’s do it for him by taking a look at what we have at our disposal to get us out of this mess.

Lukasz Fabianski was one of the top performing goalkeepers in the Premier League last season. His injury was a huge factor in our slump in form, by opening the door to the hapless Roberto.

But Fab’s back now and that will prove vital for us. Ryan Fredericks’ signature was much sought after when he left Fulham. The fact we got him was widely welcomed at the time. But injuries have hampered his progress. On his day he’s an exciting, attacking full back. 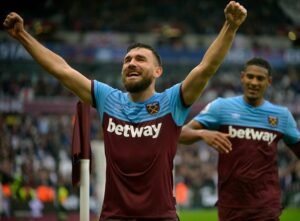 Issa Diop hit the ground running after arriving , quickly becoming a team stalwart. Even though he has struggled to reach that level this season, there was still speculation in the transfer window about possible big money moves to Tottenham and Manchester United, so clearly he hasn’t suddenly become a bad player.

Angelo Ogbonna has shown once again he’s a good, solid defender who won his place back from Fabian Balbuena and is a fans favourite for his 100 per cent endeavour. Aaron Cresswell has had his critics, and his injury problems but this season he’s been back approaching his best  – scoring some vital goals, too.

Robert Snodgrass is a real pro’s pro, a terrific team player – another 100 per cent r which is exactly what’s needed right now. He can be deadly in dead ball situations. Declan Rice needs no words of mine. A player valued in the £70m – £80m bracket says everything about our young gem!

Tomas Soucek has only played one game so far, but the signs were good. A player with a pedigree in Europe who looks just what we’ve needed in midfield. Felipe Anderson, just returning to fitness, was another star performer last season – and was beginning to shine again under David Moyes, until being crudely scythed down and side lined at Sheffield United. 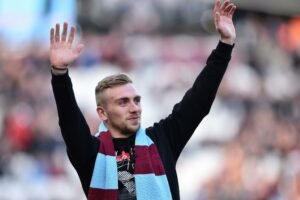 Michail Antonio is our inspiration. The crowd love him – opposition defenders hate him. He is strong and his  powerful running make him a nightmare to mark. He can be virtually unplayable on his day. We are yet to see Jarrod Bowen but in the gold and black of Hull City he looked an exciting young prospect.

54 goals in all competitions for the Tigers over two and a half years shows he has just the extra fire power we have been crying out for.

If that’s our first 11, it leaves us with the likes of the experienced Pablo Zabaleta, the talented, but seemingly temperamental, Sebastien Haller, non-stop workhorse Pablo Fornals, the hugely frustrating Manuel Lanzini and of course Mr West Ham, Mark Noble.

That, in my opinion, is a far more talented and capable array of players than the likes of Norwich, Watford, Aston Villa, Bournemouth, Brighton and Crystal Palace have at their disposal.

It’s a squad I’m convinced David Moyes will utilise and motivate to take us to safety.

38 comments on “Sixteen reasons why the Hammers will stay up”