Slaven Bilic is on the mend

Posted by Sean Whetstone on July 4, 2017 in News, Whispers 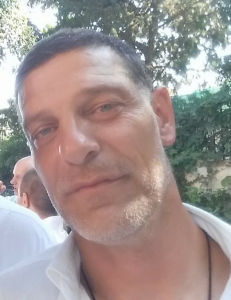 Slaven Bilic is on the mend will return to Rush Green training ground tomorrow morning after recovering from an operation to his right hip.

He had a successful operation on Wednesday 23rd May and after a few days in hospital was released on crutches. He has been holidaying with his family in his hometown of Split in Croatia where he has been rested and only recently returned to the UK.

He is still expected to rely on the use of one crutch during training sessions but it is determined that his recovery does not affect preparations for the new Premier League season and will fly to Austria on 10th July to setup the training camp with his staff.

Speaking in his own London Evening Standard column at the end of last season he said of his operation: “I understand some people are concerned about the length of the recovery period so now, in this column, I will tell readers everything I know. I have a pretty good idea about how long it will take to recover because I have already had a similar operation on my left hip. Basically it is a straightforward operation and the only reason why I haven’t had it done before is that you need four to five weeks’ recovery.

I had my first operation in Croatia before Euro 2012 but this one will be in London and it is scheduled for very soon after the end of the season. If the experience is similar to the first one, they have you up and walking on crutches the following day. You leave the hospital a few days later and although you must use the crutches early on, you are mobile. Then, as you progress, you walk with just one crutch and by five weeks maximum, you are back in business.”

9 comments on “Slaven Bilic is on the mend”