Sneaky feeling for Irons at the Bridge

I’ve sampled them all many times over and today  when we visit Stamford Bridge I’ll be remembering one special game  over there in west London which In my opinion, the best performance I can ever recall from a West Ham team at Chelsea.

It was towards the end of the 1985/86 season – that very special Cottee and McAvennie year. The year we were all having an absolute ball. 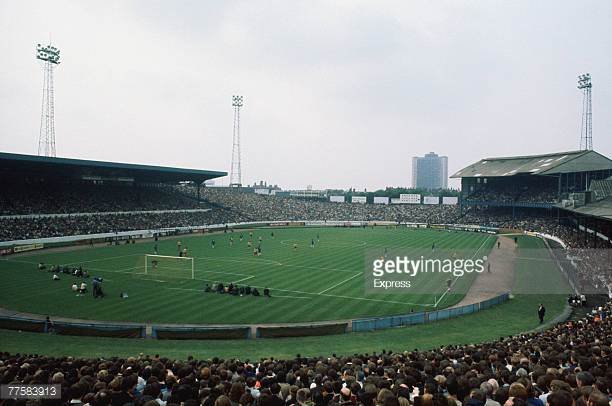 When the Hammers visited the Bridge on 28th March 1986 we were as close as we have ever been to being possible champions of the old First Division -the Premier League of its day.

Chelsea were up there battling with title ambitions of their own. It had the makings of a difficult encounter for us. In the event, it turned out to be a ‘walk in the park’ for the cockney boys. Our biggest ever victory over the Blues on their home turf.

Almost a full house of 30,000 saw us take a single goal advantage into half time, courtesy of an Alan Devonshire strike but after the break we tore Chelsea apart in a 13 minute blitz, Tony Cottee scoring twice and strike partner Frank McAvennie adding the fourth, to put us right in the mix at the top of the division.

Sadly, we eventually finished in third place, four points adrift of the title. So near yet so far.

We haven’t quite got the kind of side we had that day, and I’m not expecting anything like a similarly emphatic victory but I honestly feel we can take something from today’s game.

Even a point will be a worthy achievement after the kind of season we’ve had. The “Lampard” song and the “blue flag” chorus will be ringing out with usual gusto from the away supporters before kick off. Let’s hope the singing will still be echoing around Stamford Bridge after 90 minutes.

O Spotted this photo of Stamford Bridge back in the 70’s, when their pitch was separated from the fans  – originally by a running track – but later by a greyhound track. Look how far their supporters were from the action in those days!

One comment on “Sneaky feeling for Irons at the Bridge”