So suddenly a brilliant Irons win is a Man U story! 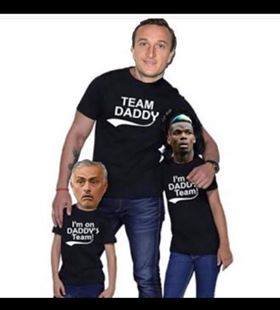 Just to remind the pundits and ‘papers…this is what the story should have been!

Monday morning should be a lot easier for most Hammers fans after this weekend although we still have a few who aren’t 100 per cent happy.

Despite a convincing attacking away win at Goodison  a fabulous defensive performance and clean sheet against Chelsea, eight in the cup and three more against Man U, conviction is a word that doesn’t mean much to some.

Well they are entitled to search for negatives if that’s their thing, I’d sooner be upbeat and look forward to an exciting journey this season.

What is more irritating by far is to watch Match of the Day and find that despite this fine Hammers turn around following a shocking start, the pundits after a brief “well done” from one Danny Murphy (zzzz!)  made the story all about Manchester United.

Despite being thoroughly beaten, destroyed at times, it was all about how badly they played that got the attention rather than  our A1 display as we become a club very much on the rise after a superb display.

Annoying in the extreme!

Even worse was to turn to the website of a particular red top paper today and on visiting the West Ham page find something like 15 United stories on our page, a lone match report and one or two tales on the Carabao Cup.

Quite what is going on in the media these days defeats me despite having had a lifetime in the business.

It obviously escaped the attention of our “best” broadcasters and newspapers that West Ham won the game yesterday in pretty dramatic fashion.

Yesterday was not a Manchester United story yet here they were turning it into everything but what it should be presumably because Mourinho and Pogba have been digging each other out.

Shame on them – the game coverage was totally unbalanced towards United. Is it any wonder we get the hump?

5 comments on “So suddenly a brilliant Irons win is a Man U story!”