Soucek: “It’s really good that I came here to David Moyes and he invited me into this great club.” 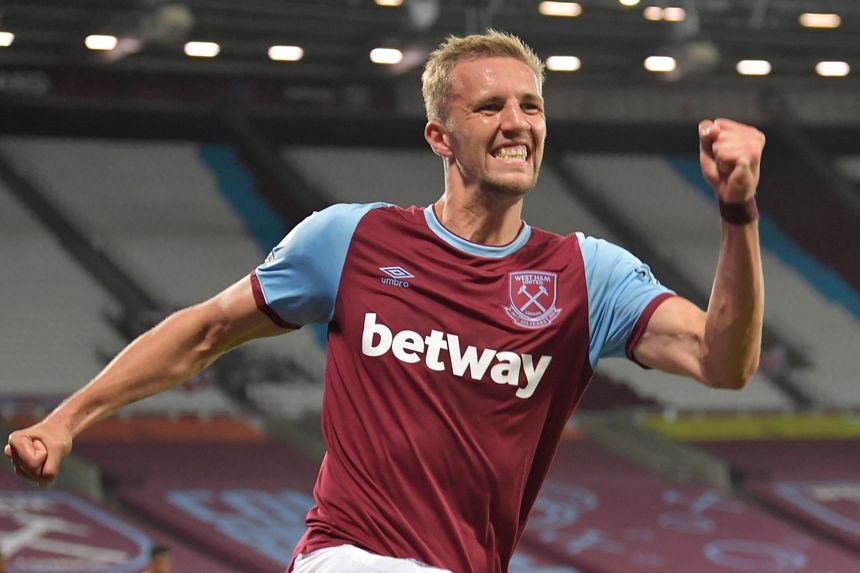 Winner Tomas Soucek is all set to to ensure we give Manchester United a beating and grab three vital points this evening.

David Moyes – having been fired from Old Trafford and now looking full face at the possibility of Eueopean football next season – will onviously be just as determined.

And as ClaretandHugh’s columnist Ray Tonka Stewart said in his preview of the game yesterday  given the current spirit in the Irons squad they don’t entertain defeat.

Tomas’ words back that up 100 per cent and whatever team Moysie managed to put out gthe determination and desire will be entirely undiminished.

Commenting at www.whufc our midfielder said: “We are preparing to beat a team like Manchester United.

“When I came here it was a little bit different, but now the mentality at the club, the spirit, is really good and we’re going into each game with the win in our heads, so that’s great.

“We don’t want to lose a pass, or any game, and we all want to transfer that to the guys. The guys know it because the table shows us when we have a good mentality, we can get good results.

“We are all really happy with how the season is going so far and we’re really enjoying our time.”

West Ham’s excellent run continued on Monday night with a hard-fought 2-0 victory over Leeds United, with goals from Jesse Lingard and Craig Dawson seeing them past Marcelo Bielsa’s team, and Souček felt it was a good way to warm up for today’s test.

He added: “It was a really tough game for us because everyone knows how Leeds play – they make it a tough game because they run everywhere.

“That made it really tough but I think that if we don’t count the first ten to 15 minutes, we played well and got a good result.

“I remember our FA Cup game at Manchester United game, we played really well and got the draw over 90 minutes, and if we play similarly this time I think we can do more than we did in the cup.”

Souček continues to impress with every single appearance in the Hammers midfield, and with eight goals to his name this season, he credits David Moyes for helping him to adjust quickly to the Premier League and strike up an excellent partnership with Declan Rice.

“I’m very happy that I came to David Moyes because he has been helpful from the start,” he explained. “He speaks to the guys like a friend when we get a coffee, and he gives us belief and trust in ourselves.

“It’s really good that I came here to David Moyes and he invited me into this great club.

One comment on “Soucek: “It’s really good that I came here to David Moyes and he invited me into this great club.””