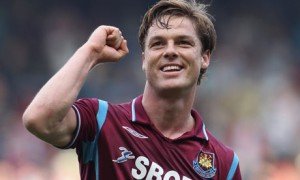 Former Three-Time Hammer of the year Scott Parker has won the biggest prize in football in his first year as a football manager.

Fulham beat Brentford 2-1 in the Championship Playoff final at Wembley this evening despite Brentford doing the double over Fulham in the league this season.

Fulham’s promotion to the Premier League after just one season away will mean the twenty top-flight clubs will share £35m of  Fulham’s second-year parachute payment worth around £1.75m per club next season.

The dream is over for Brentford and they may now struggle to keep hold of West Ham transfer targets Ollie Watkins and Said Benrahma as the Championship threatens to bring in a new £18m wage cap to the second tier of football in a post-pandemic world.

Scott Parker enjoyed four outstanding seasons at West Ham between 2007-11, making 129 appearances, scoring 12 goals and was named Footballer of the Year in 2011.