Posted by Sean Whetstone on August 4, 2020 in News 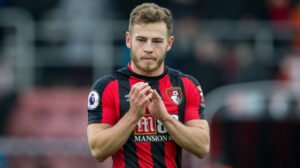 The Claret and Hugh poll results are in and after over 2,550 votes were cast from readers, we can now reveal which free agents Hammers supporters would most like to see next season in a West Ham shirt.

He is followed by Centre back Malang Sarr whose contract with Nice finished with 497 votes (19.46%)

Right back Nathaniel Clyne formally of Liverpool is third-placed with 340 votes (13.36%)

Attacking midfielder Mario Götze who plied his trade in the Bundesliga for Borussia Dortmund was voted fourth most popular with 321 votes (12.62%)

Former Manchester United attacking midfielder Angel Gomes scored 175 votes (6.88%) He has since signed for Lille in the past few hours.