Posted by Sean Whetstone on April 29, 2021 in News, Whispers 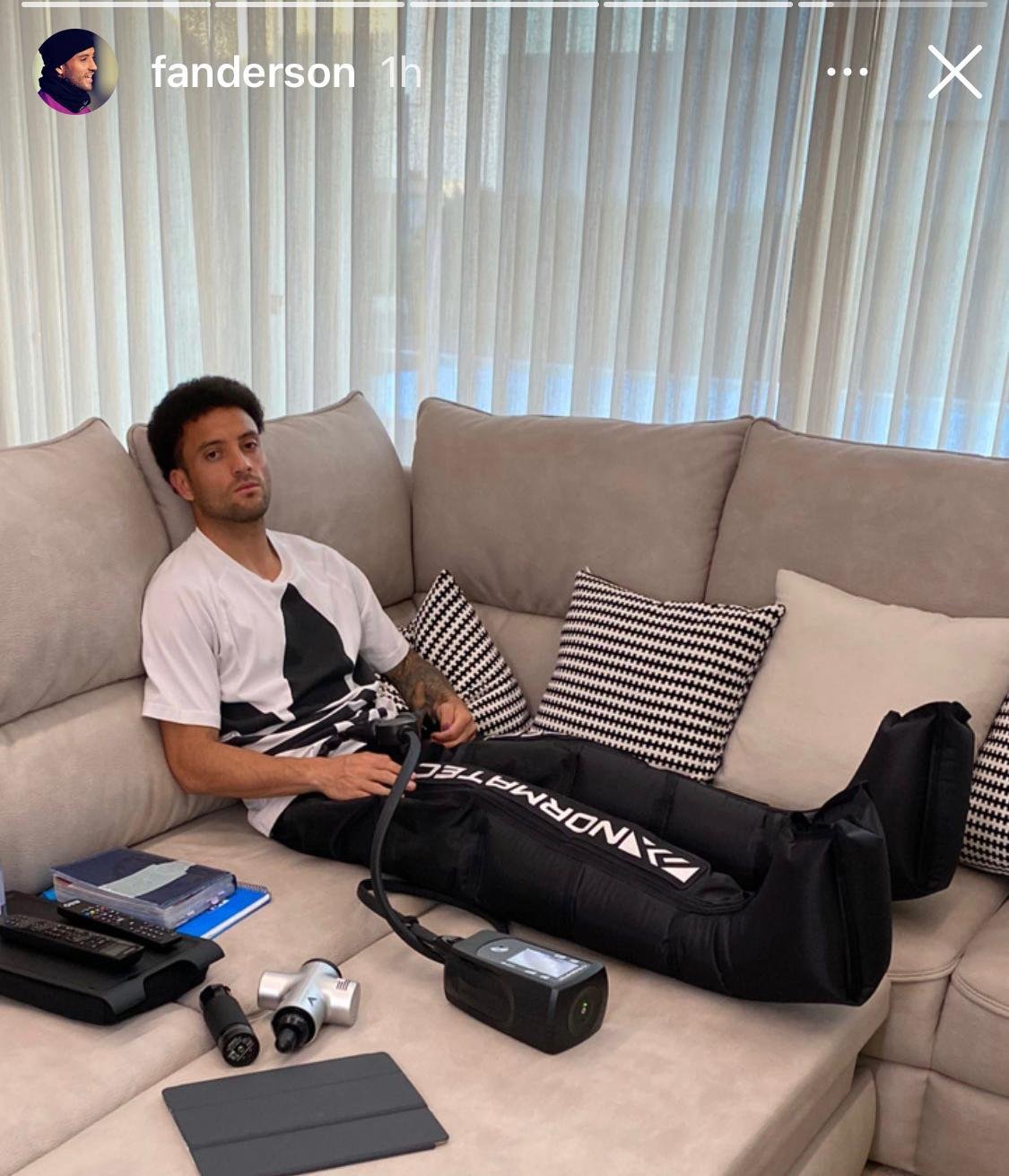 A photo posted by Hammer Felipe Anderson on loan to FC Porto does not reveal a new injury Claret and Hugh has learned.

The post on Instagram shows the winger in inflatable boots on his sofa in Portugal but we are told by a club insider this is now standard practice after training.

The Normatec boots offer Ice compression at home for athletics and can be used instead of a traditional  Ice bath to reduce swelling after intensive training.

Anderson has not played for Porto since February when he played 57 minutes against Belenenses in the Liga NOS. Porto drew that game 0-0.

Since then, he has been on the bench three times in the league and has not been in the squad for the last nine domestic games.

Anderson has featured in the Champions League this season, playing 63 minutes versus Olympiacos, but has primarily on the bench.

He has been on the bench as unused substitute for three Champions Lague games.