West Ham away supporters left in the lurch

Posted by Sean Whetstone on February 21, 2020 in News, Whispers 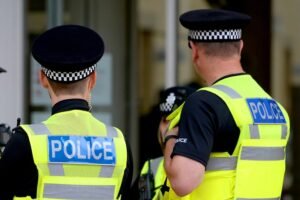 West Ham away supporters travelling to Newcastle have been left in the lurch after confusion after the Hammers game was picked by Sky.

Sky Sports initially announced the Newcastle v West Ham game had moved to Friday night at 8 pm before quickly deleting after it became clear there was no agreement from the Premier League.

The problem is understood to resolve around Newcastle Police who have yet to sign off on the re-scheduled Premier League match.

An hour ago Newcastle released a social media announcement saying “Newcastle’s home fixture against West Ham United has been selected for live broadcast on Sky Sports. As a result, the fixture will be played over the weekend of 10th-13th April. The final date will be confirmed following further consultation with the authorities.”

West Ham has now made their own statement by saying “The Newcastle United versus West Ham United fixture will be broadcast on Sky Sports and played over the weekend of 10-13 April. The time and date will be confirmed following further consultation with the authorities.”

It appears someone jumped the gun before the fixture was approved, whether that was the Premier League or Sky remains to be seen.

Meanwhile, it is West Ham fans who must wait until they can book trains, planes or hotel rooms not knowing which of the four days the game will be played on.