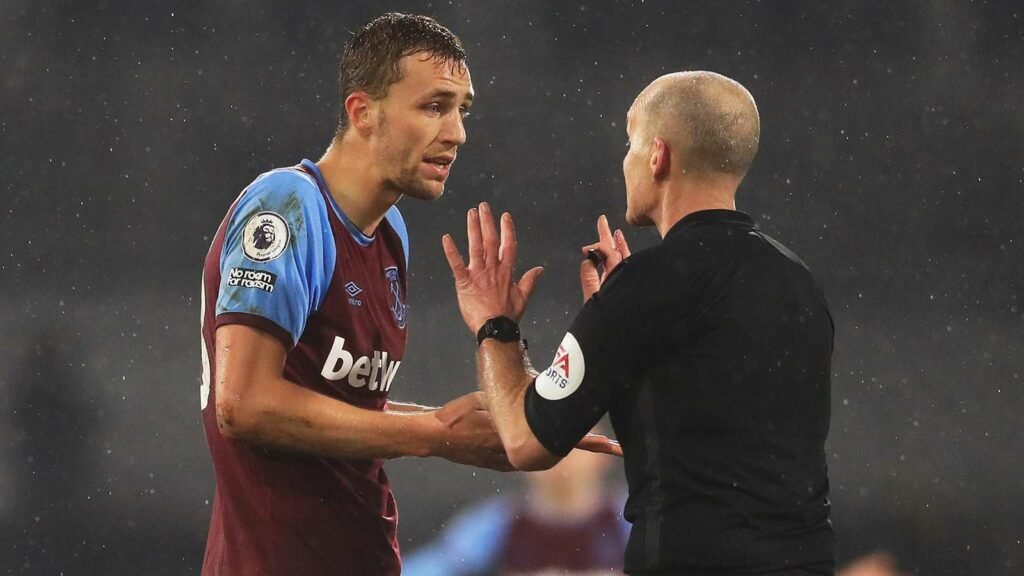 West Ham United have made an immediate decision to appeal the red card handed out by so called referee Mike Dean to Tomas Soucek.

ClaretandHugh understands the Hammers made the decision immediately after the 90 minutes and the Czech midfield star will play at Old Trafford on Tuesday in the fifth round FA  Cup tie, if selected, should the Football Association’s Appeals committee not have sat by then.

David Moyes was utterly appalled by the decision and even Scotty Parker was embarrassed by commenting cynically the game was coming to the point where there would no no need for players to wear shin pads.

ClaretandHugh understands the club will appeal immediately against a red card which has been roundly criticised everywhere with Jamie Redknapp commenting it allowed the focus to be on Dean which is “just the way he likes it.”

Soucek may be the Hammers most influential player and a three match ban against Man U, Sheffield United and the Spuds would have been a big blow to the club remaining in a top six position.