Posted by Sean Whetstone on June 25, 2020 in Academy News, Whispers 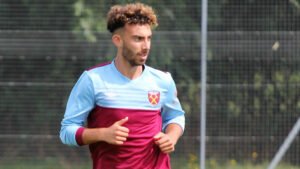 Each summer comes the tough task to release West Ham scholars who in the opinion of Academy coaches are unlikely to make the grade. The news will be devasting for the youngsters and put a dent in their dreams of becoming professional footballers.

Academy midfielder Jake Giddings put pen to paper on a two-year scholarship deal in May 2018 but has been released it was announced today. Giddings had impressed at the Academy of Football throughout his teenage years, even receiving a masterclass from Club captain Mark Noble in 2015.

His impressive form at U16 level led to Giddings taking the next step in 2018/19, making his U18 Premier League debut in the 2-2 draw against Brighton in December 2018 and going on to conclude the season with eleven league appearances to his name. 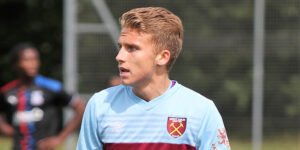 Sebastian Nebyla joined the Hammers from Slovakian club Spartaka Trnava in the summer of 2018 as a scholar,

The Slovakia U17  made his Hammers debut in the U18 Premier League victory at Norwich City in August 2018, before appearing twice for the U21s in the Checkatrade Trophy.

A Premier League 2 debut arrived at Everton on 1 October 2018 but he has also been released today.

Defender Samuel Nsumbu made his debut for West Ham United’s U18s as a late substitute in a home defeat by Tottenham Hotspur in September 2018. 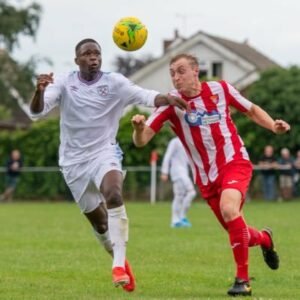 The teenager signed a two-year scholarship with the Hammers in summer 2018, having been scouted while playing schoolboy district football for Barking & Dagenham.

The defender who can operate at either left-back or centre-back has also been released today.

Claret and Hugh wish them all the best in future football careers.

After all, Chelsea released Delcan Rice from their young system in a similar manner so its always possible to prove others wrong.