West Ham season ticket holder and professional Leon Hyde wanted to do something for charity so decided to support both the Bobby Moore Fund and the family of Dylan Tombides.

His idea was to celebrate the Hammers first win  of the season over Spurs on Sunday 6th October 2013.

The West Ham 2013/2014 shirt pictured below has been seen all over social media and has been signed by all the West Ham squad 2013-14 and is printed on the back to celebrate West Hams 3-0 win v Spurs at White Hart Lane. 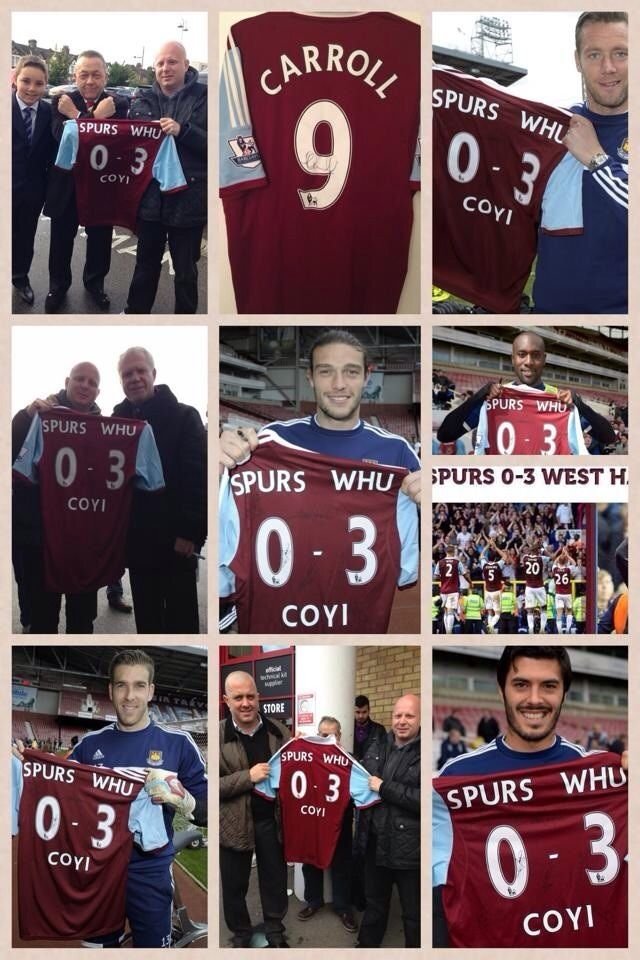