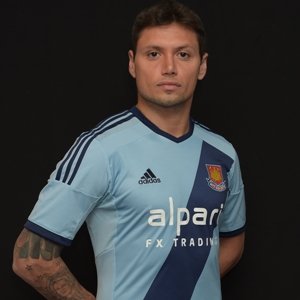 Classy Mauro Zarate produced a fabulous goal and a performance of huge promises as the Hammers sunk shock 2-1 defeat to Wellington Phoenix.

The Argentinian smashed home a great  strike after a brilliant shimmy and was “everywhere” when he appeared as a second half substitute.

He went close again when from a quick ball in his cushioned volley flew just wide but in a generally less than average Irons performance, Zarate looked different class.

The Hammers had looked quite awful in the first half when they went two down from goals by DURANTE and GORRIN. It could have been worse later but a shot from Nathan Burns swirled and dipped just wide.

After a slow start to then second half, the Hammers perked up with Zarate’s arrival on the hour.

His brilliant shot started a wave of pressure and Downing saw a 22 yard shot held at the second attempt by the keeper.

Diego Poyet had also come on and looked a calm figure at the back before having a go himself with a shot that was well save.

But with rumours flying that Andy Carroll may be on the flight home this has been an inauspicious tour so far for the Hammers.

And Sam Allardyce will  be looking for quick and real improvement when the team face Sydney FC on Saturday.