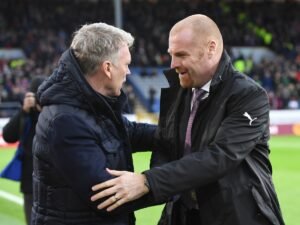 Over 59% of Claret and Hugh readers believe West Ham will beat Burnley tonight at the London Stadium.

With nearly 1,000 voting 33% think tonight will result in another draw while 8% think the Hammers will lose.

Burnley have recorded victories in three of their last four league games against the Hammers, keeping a clean sheet in each victory. West Ham have won 11 and lost just two of their past 14 home encounters with the Clarets in league and cup.

Victory for Burnley would see them complete a top flight league double over the Hammers for the first time.

The last four fixtures between the sides have produced 14 goals. West Ham are unbeaten in two matches (W1, D1) – their best run of league form since they went six matches without defeat last September

They have won two of their last three games at the London Stadium, having previously been victorious only once in 10 home fixtures (D3, L6). The Hammers have scored 14 goals in seven home league matches since David Moyes returned as boss, netting three goals or more in four of those fixtures.