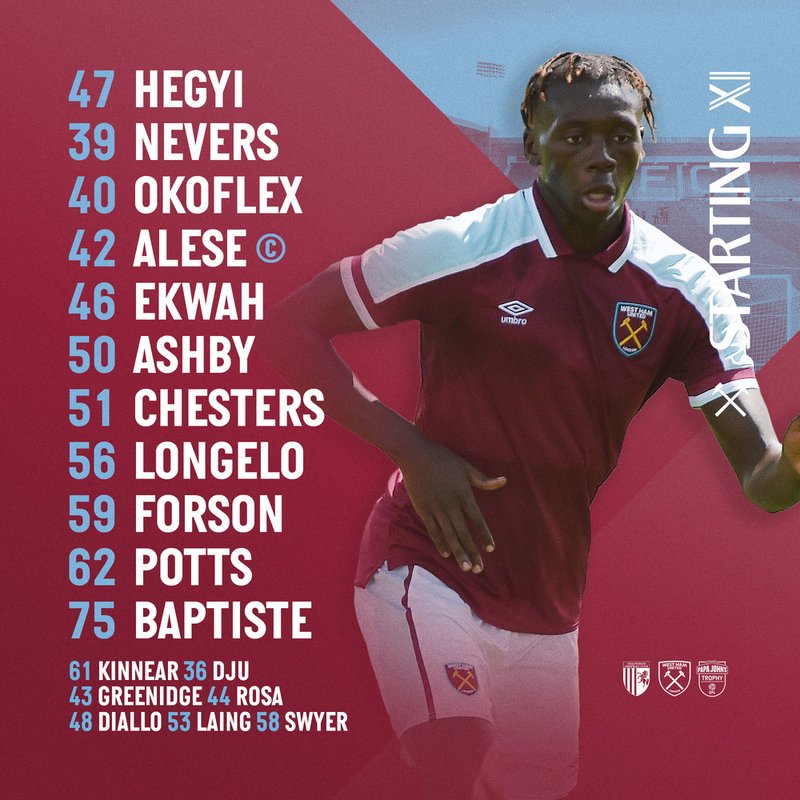 The Hammers faced Gillingham in the Papa John’s Trophy in Group A, Southern Section

Claret & Hugh’s team of creators work with passion and pride to bring you the quality of content that keeps you coming back for more. Support for our creators, however big or small, will help us keep your sports content fresh, frequent and loyal to the club. £5 £10 £20 £50
The first goal of the night came from Harrison Ashby!  An outstanding switch of play from Alese pings it into the path of Ashby. He exchanges it and passes down the right swiftly with Chesters to make room for the strike, before the full-back slots in a finish across the ‘keeper! That was a good team goal. That’s Ashby’s fourth goal of the season from right-back… and we’re in October!
Just after the half-hour mark a fine through pass from Ashby picks out Nevers running in behind the defence, and he rounds Chapman and slots into an empty net!