Wilfred linked with the Hammers 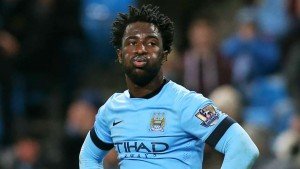 The paper say Dimitri Payet is helping West Ham to try to convince his old Marseille team-mate Batshuayi to join West Ham with manager Slaven Bilic hoping to meet the player, but the club realise they could still miss out with competition likely to be high.

Manchester City are open to selling £20 million-rated Bony at the end of the season, with new manager Pep Guardiola poised to sign a host of new recruits.West Ham co-owner David Sullivan has previously said he wanted to sign Bony instead of Andy Carroll in the summer of 2013, when the Ivory Coast international joined Swansea City.

Bony earns £100,000-a-week at City, plus a £20,000 game bonus which the Hammers which could be a problem. Bony is the latest name to be linked to the Hammers along with Michy Batshuayi, Christian Benteke, Alexandre Lacazette and Edin Dzeko