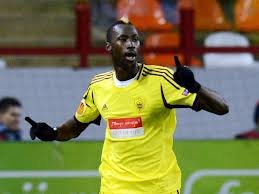 Irons boss Sam Allardyce is bitterly upset at losing out on a player in whom he has invested a huge amount of time and effort in trying to bring to Upton Park.

Big Sam made a personal appearance at a work permit hearing last week and is quoted today as claiming that the club’s application was accepted!

He says:  “If we weren’t going to do a deal, we wouldn’t have gone to the trouble of getting a work permit and doing a medical.”

With Everton now waiting on scans of a the player’s damaged hamstring, the Toffees are also facing claims that they will be unable to gain their own work permit for the 6ft 8in striker.

Claretandhugh regularly reported last week via Home Office interpretation that as we remain Traore’s work permit sponsor it appeared that other clubs would struggle to get another one.

Several newspapers are now reporting the same with The Sun declaring:  “West Ham are the sponsors of the Ivory Coast international, 23, and rules prevent changing the player’s club without their permission.

“But West Ham are unlikely to let the player make a Goodison Park switch after putting the groundwork into the deal.”

Meanwhile The Mirror reports also that Everton are waiting for results of scans on a hamstring injury to the player before taking anything further.

They claim he underwent a medical on Merseyside yesterday (Sun), after the Blues agreed a temporary deal with his French club Monaco.

They add that Goodison boss Roberto Martinez is hoping to schedule a work permit tomorrow (Tuesday) but will first wait for the results of the tests, which he will receive later today.